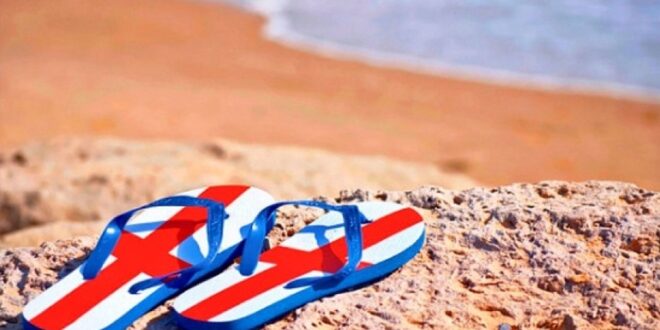 Tourism: The cancellations of the British to Greece have begun

Liz Osborn 8th May 2021 Greece, International, News Comments Off on Tourism: The cancellations of the British to Greece have begun

The first cancellations of English tourists’ trips to Greek destinations that had been booked via Tui of Great Britain have started. After yesterday’s announcements by the United Kingdom government that places Greece as a destination in the orange zone.

As reported by Mrs. Konstantina Svynou, president of the Kos Hoteliers Association and president of ITEP at ot.gr. Tui of Great Britain orally informed its partners in Greece that it has the first cancellations after yesterday’s announcements.  A final decision regarding whether to implement the program for trips to Greece in May will be made on Monday depending on the number of cancellations.

Tui from Great Britain plans to fly to Kos from May 17. However, after yesterday’s announcements by the British government that places our country in the orange zone, which means that the British tourist returning to England, enters a 10-day house quarantine. While they must have a negative test before returning (60 euros in a test that will do eg in Kos) and two PCR tests two and eight days after return (240 euros total), our choice of Greece becomes more difficult.

As Mrs. Svynou Greek hoteliers had hoped that the British government would choose to put in “zones” destinations and not countries. So some Greek islands (Rhodes, Kos Corfu, Zakynthos, etc.) would be in the green zone as announced a few days ago.

In the end, the decisions of Great Britain creates a problem in Greek tourism. It is pointed out, however, that the list will be reviewed in three weeks by the British government and it is hoped that our country will present better epidemiological indicators and will join the green zone.

For this reason, the epidemiological course of our country in the coming days is of particular importance.

Liz Osborn's first experience of the island was as a holiday rep in 1992. She fell in love with everything Zakynthian and has been here since then. Liz became a Greek citizen in 2003 and has been active in tourism and the Greek life over the years. Liz's support of the island saw her joining the Zakynthos Informer team in 2020
Previous Programmed power cuts 11th and 12th May
Next Greece:- Self test: Available only for students and teachers up until Wednesday 12 May