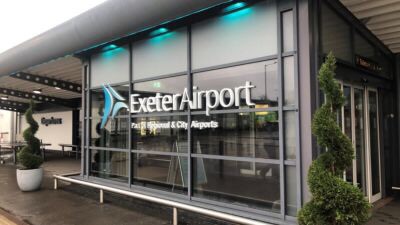 Some positive news has been announced by Exeter Airport in regards to international travel for summer 2021.

Yesterday the airport announced its destination guide, called FLY. The new guide notes 27 destinations across seven countries giving hope of a positive summer of travel ahead for those living in the South-West of the UK. 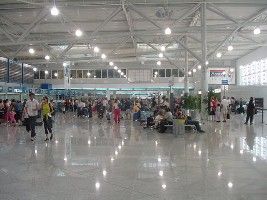 Zakynthos was among the destinations in the guide along with other Greek routes of Corfu, Crete, Rhodes and also Paphos in Cyprus.

No timeframe has been given for departures to commence but an airport spokesman said they are hopeful of being able to operate flights as soon as the Government lockdown roadmap rules allow, and that the demand from passengers is there.

They also noted that it has been a difficult year [for the airport] but have to be able to look forward to lifting restrictions so that international passengers can be welcomed back to the airport.

Louise is Australian born and has been a Greek citizen since 1991. She has deep cultural ties with the island, often writing about Zakynthian Traditions and Culture. She is also an active member of the Volunteer Group of Zakynthos, Giostra Di Zante and is a member of the women's choir "Rodambelos". Her love of the island and all it offers saw her joining the Zakynthos (Zante) Informer admin team in 2014.
Previous Books
Next Zakynthos:- Dionysios Solomos and the Hymn to Freedom.. Cosmote History celebrates with a documentary (Video)