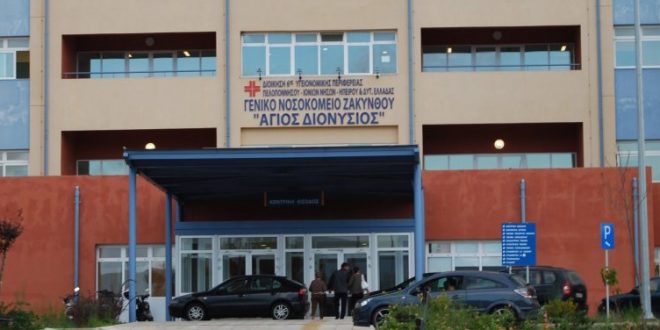 Ath. Markou: “This fact is worrying”

Concern prevails in the Zakynthian society, as within a few days 12 positive cases were found with two of them being treated in the coronoclinic.
An 82-year-old man and a 58-year-old man with mild symptoms are being treated in detail at the Covid clinic of the General Hospital of Zakynthos.

Also in home quarantine is a foreigner who had contact with the 82-year-old who is being treated.

Beyond that, different cases are a 48-year-old foreigner, and a 45-year-old Zakynthian and an 18-year-old from the same family environment. Also in home quarantine is a family with the father being 40 years old, the mother 36 years old and the children 9 years and 9 days old, while a 39-year-old and a 52-year-old man have also been found positive.

Zakynthos Informer spoke with the 52 year old and despite the slight fever,  he is in good health.

“The phenomenon is very worrying, as there was an illusion that we were doing well and we were saying we are doing well. However, it seems that the scene changes a bit seeing in 24 hours we had 12 cases and these are four different cases. We searched for the origin of these incidents and we see that there is no connection between them. The incidents are also random in terms of their geographical and age distribution “.
Mr. Markou noted that the sudden cases on our island show that there are asymptomatic carriers in the population of Zakynthos, who can transmit the disease.
“There are asymptomatic carriers in the population of Zakynthos that transmit and some of them show symptoms and are revealed as cases. The measures we take must be stricter “.

The most important thing, according to the chairman of the Infection Committee, is not to mislead the citizens due to the fact that the map in Zakynthos is green, while he stressed that in the coming days we will see if the number of cases will increase.
“We have to pay more attention and keep to strict protection measures. Do not get carried away by the green of the map. One big mistake can change everything. In Serres, too, a lot appeared from one incident “. You will see in the next few days where the contacts of the cases will be traced “.

“We have agreed to do more rapid tests ”

The sudden cases of positive cases in Zakynthos lead to more tests to see if there is indeed a higher number of positive cases of coronavirus. As Mr. Markou said, an agreement has been made with the mobile unit of K.O.M.Y. Zakynthos in order to do rapid tests.
“We have already agreed with the mobile unit to make more intensive checks and more rapid tests in case we come to a conclusion. So far the rapid tests from the mobile units have been negative. These 12 cases show us that there are cases but we do not see them due to them being asymptomatic. The asymptomatic person can not be taken lightly “.
As in the rest of the world, there is concern about the possible mutation of the virus, but this does not seem to be the case in Zakynthos and with the specific cases.
“It does not look like that. And in other periods we had a few days an accumulation of positive cases. If these 12 are left as is within fifteen days everything can go well. We will see from the traces of the contacts of the positive cases “said Mr. Markou when asked about the issue.
Finally, the President of the Scientific Council and Vice President of the Medical Association of Zakynthos stressed again that people should not be carried away because there are no cases for so long and that even one person can change the data from one moment to another.
“Let us not get carried away. Even, a case that is asymptomatic can do harm. So be very careful. There is a danger, people should not be misled that they were vaccined and all is fine. “It’s still too early for us to be totally vaccinated.”
Mr. Markou reminded once again that the citizens should observe all the hygienic measures to prevent the spread of the coronavirus, using the mask, keeping the distances and washing the hands are things that we are called to continue to do for all to be safer from the coronavirus.

Zakynthos Informer would also like to remind all our residents of the safety measures and that social distancing and keeping our hands clean are of upmost importance.

We wish all of those with the virus a speedy recovery.

Louise is Australian born and has been a Greek citizen since 1991. She has deep cultural ties with the island, often writing about Zakynthian Traditions and Culture. She is also an active member of the Volunteer Group of Zakynthos, Giostra Di Zante and is a member of the women's choir "Rodambelos". Her love of the island and all it offers saw her joining the Zakynthos (Zante) Informer admin team in 2014.
Previous Outbreak in nursing homes: Dozens of elderly and staff positive to Covid-19
Next Zakynthos:- School children in quarantine after a confirmed case.