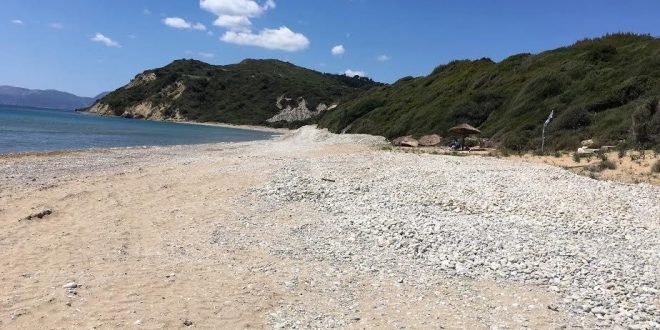 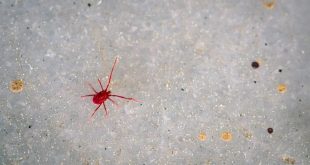 What’s happened to our beach?

After many messages stating “What’s happened to our beach?” Zakynthos Informer asked those who care not only about our beach but for the well being of our Island.

We spoke to the National Marine Park of Zakynthos to find our exactly what was happening to our beach in the well known area of Gerakas.

Sand is possibly something you take for granted; it gets in your hair and your clothes and all over your food at the beach. However, sand is also fascinating in many ways and so much can be learnt from one grain of sand. Sandy beaches are dynamic and Zakynthos sure has her fair share of dynamic beaches. 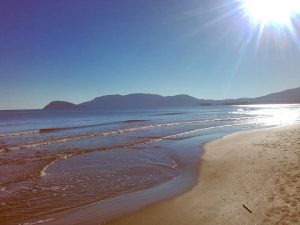 Sand however, accumulates slowly over time. It travels down the coast with long shore drift removed from the beach by large waves during storms, and can be re-deposited back on the beach from offshore banks during calm periods. It is typically made mostly of varying amounts of material weathered from inland rocks and transported to the beach on the wind or in rivers, and/or shells and other hard parts precipitated out of the ocean water by marine organisms. 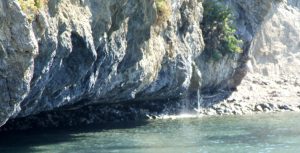 Sand therefore records processes at a variety of timescales. Looking closely at sand under a microscope, we can determine the mineral or organismal composition of the sand and determine where it originated, and what kind of rocks or organisms created the sand. 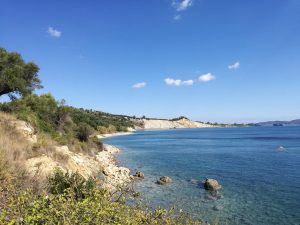 All beaches consist of sediment, which can range in size from sand up to pebbles and boulders. The finer sand results we can see around our Island. Pebbles or rocks may be stacked up on our beaches as well. This all depends on the geological forms each beach area has.

In particular Gerakas is renowned as a natural museum when it comes to geology. Gerakas although it has a sandy beach is mainly formed on rock. Swimming out in the gulf of Gerakas one will notice the rock formations under the crystal clear waters. 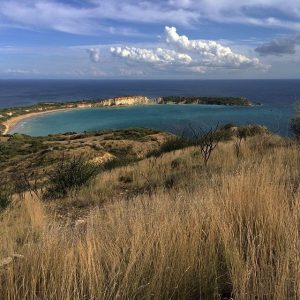 So, why so many rocks?

As we’ve stated the area is based on an old rock formation. The three geological sub zones in fact make up the area of the Gerakas Gulf.  Therefore during the winter, sand is removed and the rocks revealed. This is not an uncommon occurrence. 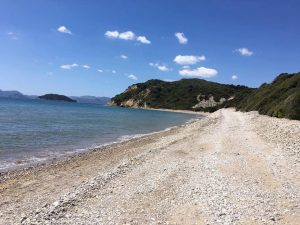 Speaking to the scientists.

Zakynthos Informer got in touch with the Scientific Department of the National Marine Park of Zakynthos. We were told that there has been an ongoing study of the environmental area of Gerakas for over seven to eight years. The study is in co-operation with the University of Athens and Aegean and among other things the morphodynamics of the beach is studied.

The study of coastal morphodynamics involves investigating the changes to the physical features and environments in the coastal region, which occur over a broad range of time and length scales. What they are trying to determine is how the sediments are reacting to natural conditions, for example wind, waves, currents and more. They have special equipment set up within the sea and on land to help them determine just how Mother Nature is forming the Gulf area.  One point the department made was that Gerakas beach is classed as a cross shore beach.

Apparently over the last few years Gerakas has seen this type of phenomena. This year, however the rocks seemed to be more stacked up on the left hand side of the beach area.

As this would cause a problem to the nesting area, our marine park was called in to investigate. They decided after consulting with experienced scientists in this field that it would be best to flatten out the pile of rocks that had been built up. 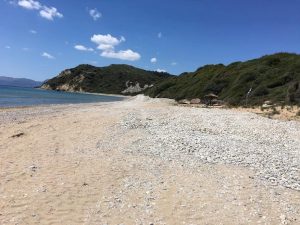 Why not just remove the rocks?

As we all know, Gerakas in a natural haven for our loggerhead sea turtles. Not only is Gerakas one of the top nesting areas in Greece but perhaps the world. Therefore after consulting with the scientists the Marine Park decided that actually flattening the pile of rocks out would be better for the environment. They are hoping that the sand over time will be naturally replaced. The rocks now form a type of barrier for this to happen and at the same time stop erosion,thus not causing more damage to the coastline.

So, as to answer all the messages we received. What is happening at Gerakas beach? Nothing that Mother Nature as dealt her hand with. It is in fact, just another natural phenomenon.

A huge thanks goes to our member Niki for taking the photographs and sparking interest in the area.

An extra special thank you goes to Irene and Haris at the National Marine Park of Zakynthos, who do an excellent job on informing us.

Louise is Australian born and has been a Greek citizen since 1991. She has deep cultural ties with the island, often writing about Zakynthian Traditions and Culture. She is also an active member of the Volunteer Group of Zakynthos, Giostra Di Zante and is a member of the women's choir "Rodambelos". Her love of the island and all it offers saw her joining the Zakynthos (Zante) Informer admin team in 2014.
Previous An invasion of little red spiders… or are they? (video)
Next Greece’s richest and poorest party leader based on assets declarations 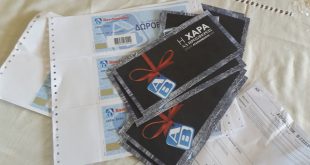 Volunteers helping in time of need. A special friend comes to the rescue.

Part of being a volunteer has its benefits. I think the best part of it …