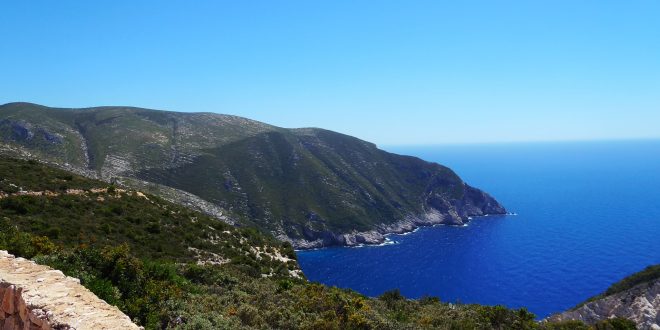 Zakynthos:-Twist and turns in the “Navagio” case.

Louise Inzk 24th June 2020 News Comments Off on Zakynthos:-Twist and turns in the “Navagio” case.

A panel of the Athens Criminal Court, issued on June 11, gives a new twist to the multi-year judicial and political thriller with the disputed transfer of about 14,500 acres to Zakynthos, in an area near the famous Navagio beach, to a company allegedly owned by the royal family of Qatar.

According to the council, the huge area that was sold on Holy Thursday of 2014 did not belong to Mr. G. Haro, who appears as a seller in the disputed contract! At the same time, the court is asking the investigator to add four more charges to nine people who allegedly participated in the controversial purchase and sale during Holy Week 2014.

According to the council, Zakynthinos Efpatridis, close to Stelios Flampouriaris, the ancestor of the alleged seller of the area, Mr. G. Harou, was not the owner but a simple administrator of the Venetians who controlled the Ionian Islands in the 18th century. Thus, as stated in the committee, “on the whole the disputed and sold area does not belong to the accused Georgios Haros, since it did not appear that he became its owner in any legal (original or derivative) way”.

The legal dispute is expected to continue as they are involved, in addition to the Diocese of Zakynthos and several other bodies or individuals. However, the committee overturned the proposal of 31/10/2019 of the investigator Mrs. Karamanoli, who requested the release of the 9 accused, who were involved in the sale of the area, which includes the area around the Shipwreck as well as two Byzantine monasteries.

An appeal was lodged against this proposal in November 2019 by the Diocese of Zakynthos, which resulted in the parliament being issued a few days ago.

It is recalled that Pimana representatives had strong support and representation both during the previous government and in the first months of today. According to Euro2day.gr, the Minister of Development and Investment, Adonis Georgiadis, had invited the bodies of Zakynthos, with the aim of limiting the reactions and advancing the plan.

Some argue that the situation has finally become more complicated, as Qatar is now the most important supporter of Tayyip Erdogan. It is noted that in other attempts to buy the emir of Qatar or allegedly as his representatives, there were legal entanglements and obstacles as with the island of Oxia.

The contract was signed on May 7, 2014 at the offices of PIMA SA, Pimana’s parent company. The “effective purchase and sale became known to the local press initially, given the proximity of part of the area to the world-famous beach of Navagio, resulting in the creation of a case file by the Zakynthos Prosecutor’s Office, while on 13-11-2014 a lawsuit was filed and to the Prosecutor’s Office of the Supreme Court from the Holy Diocese of Zakynthos and Strofades and the Holy Monastery of Agios Georgios of Krimnos, both Legal Entities under Public Law.

The lawsuit in question challenged, on the one hand, the title deeds of the seller Georgios Haros and, on the other hand, the total area of ​​the property, while it was argued that much of the disputed area belongs to the Greek State, another 3,400 acres belongs to the above announced the. Monastery of Ag. Georgiou, where there are buildings, that within the sold area is included a declared monument and namely the old Monastery of Ag. Georgiou, while the nature of the area is mostly forested and even reforestable, while there is talk of specific actions and omissions of civil servants.

for the full story in Greek click on source link:- https://www.ant1news.g

Louise is Australian born and has been a Greek citizen since 1991. She has deep cultural ties with the island, often writing about Zakynthian Traditions and Culture. She is also an active member of the Volunteer Group of Zakynthos, Giostra Di Zante and is a member of the women's choir "Rodambelos". Her love of the island and all it offers saw her joining the Zakynthos (Zante) Informer admin team in 2014.
Previous Greek, Israeli shipyards sign deal to build Themistocles Corvette
Next Zakynthos:- The shipwreck an iconic symbol of Zakynthos, accessibility it seems by sea only.