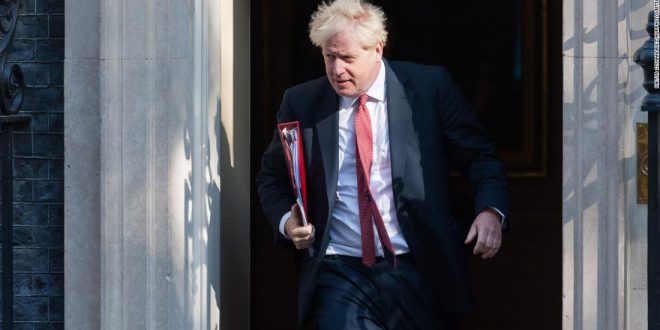 Britain: Further easing of restrictions in England is expected on 17 May

Louise Inzk 10th May 2021 International, News Comments Off on Britain: Further easing of restrictions in England is expected on 17 May

Britain will continue to plan to further ease restrictions on COVID-19 on 17 May, including the lifting of the ban on indoor meetings, as the data is encouraging for the course of infections and vaccinations, as announced yesterday , Sunday, by the government.

The country is in the process of phasing out the lockdown over a period of months, following a four-step plan announced in February.

According to the 3rd step of the plan, as it was analyzed when it was first announced, people will be allowed to meet indoors for the first time in months in groups of up to six people or two families.

Pubs, cafes and restaurants will be able to accommodate customers indoors, also for the first time in months and after following specific rules. Other indoor entertainment activities, hospitality services and sporting events may also be open.

Johnson’s office on Downing Street said the latest data on COVID-19 vaccinations, infection cases, hospitalizations and deaths, as well as the risks of new strains of the coronavirus being taken into account of decisions regarding the implementation of the 3rd step.

“The data reflects what we already know, we will not let this virus defeat us,” Johnson was quoted as saying by Downing Street.

“We are still on the roadmap as our successful vaccination program continues. More than 2/3 of adults in the UK have now received the first dose of vaccine and we can now look ahead to unlock (the economy) carefully “but no return,” the statement said.

Johnson is expected to announce more details at a press conference today.

The semi-autonomous administrations in Scotland, Wales and Northern Ireland have their own separate timetables for easing restrictions on COVID-19.

The UK lost more than 127,000 people to COVID-19 while experiencing a catastrophic second wave that peaked in late January, but since then the number of new cases of infection and deaths has dropped rapidly.

Significant changes are also expected for the art events under Step 3, as the number of people who will be able to be both indoors and outdoors will increase, in contrast to the situation of previous months.

The government has already confirmed since last week that international travel will be allowed from May 17, despite severe restrictions, except in a small number of countries.

Louise is Australian born and has been a Greek citizen since 1991. She has deep cultural ties with the island, often writing about Zakynthian Traditions and Culture. She is also an active member of the Volunteer Group of Zakynthos, Giostra Di Zante and is a member of the women's choir "Rodambelos". Her love of the island and all it offers saw her joining the Zakynthos (Zante) Informer admin team in 2014.
Previous Eurovision:- Greece’s entrant “Stefania’s” first rehearsal (video)
Next Austria: Easing of restrictions due to the pandemic, on 19 May