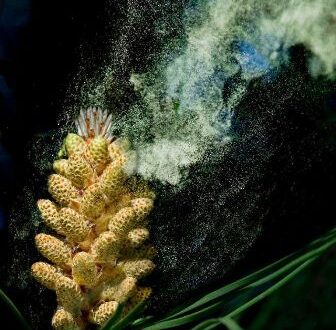 Coronavirus:- How pollen increases contagion – Precautions and hours that should be avoided.

Louise Inzk 29th March 2021 Greece, News Comments Off on Coronavirus:- How pollen increases contagion – Precautions and hours that should be avoided.

Athanasios Damialis, Professor of Aerobiology at the Technical University of Munich, talks about the role of pollen in increasing cases of coronavirus. 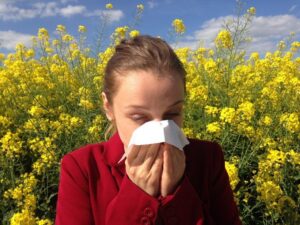 Professor of Aerobiology at the Technical University of Munich, Athanasios Damialis, talks to “Ora Hellados” about the role of pollen in the increase of cases. Mr. Damialis clarified that “no virus is spread with pollen, as is with coronavirus. The virus is not transmitted to pollen. “But because pollen weakens our immune system, it is more likely to transmit the virus more easily.”

The professor continued that “as we are exposed to other factors, such as pollution and the immune system is depleted, so it is with pollen.”

The “weapon” against pollen is “masks, which are a fairly reliable measure. It is very important to emphasize two factors for precaution. The first is the masks, the second is to be informed when we will have pollen.

For example, we will have good weather in the coming days, which means we will have pollen. Some trees, such as the olive tree, will begin to bloom. This means that we avoid walking for some hours and if we can not avoid it, we definitely wear a mask “.

As for when the dispersion of pollen in the atmosphere is greater, he avoided giving an answer as: “Most of us expect it to be at noon and early afternoon. There are also some species that bloom either at midnight or early in the morning. There is practically nothing to say that we are 100% safe for some hours. “Usually the transmission is higher at any time from morning until early afternoon.”

In closing, he said that in our country there is no measurement system and especially in Athens. “For Thessaloniki, there is this service and it is provided by academics. “We did not even have it in our country, it is now being done slowly on a private initiative,” he stressed.

Louise is Australian born and has been a Greek citizen since 1991. She has deep cultural ties with the island, often writing about Zakynthian Traditions and Culture. She is also an active member of the Volunteer Group of Zakynthos, Giostra Di Zante and is a member of the women's choir "Rodambelos". Her love of the island and all it offers saw her joining the Zakynthos (Zante) Informer admin team in 2014.
Previous Regional Meeting with Services… “health protocols” those entering from abroad
Next Greece:-More vaccines for the vulnerable and more tests for those who ciriculate outside