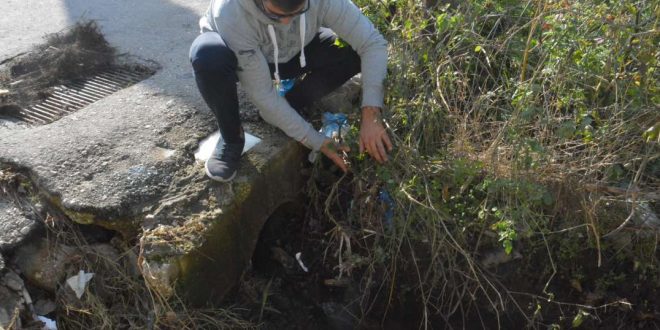 The picture in Laganas is rather disappointing due to rubbish being spread throughout. Ditches have become filled with rubbish which has therefore caused a huge problem with the drainage system in the area often becoming blocked with accumulated waste.  Our Local newspaper ‘Hmera’ carried out a small investigation in the area after residents complained of possible flooding. Even more so, they were particularly concerned, due to the extreme weather phenomena in the recent weeks and have asked the authorities to intervene to avoid possible flooding. 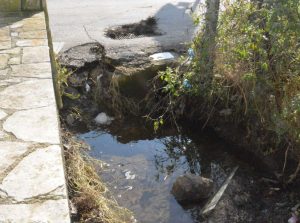 The deputy mayor of the Laganas area, Haralambos Varvarigos, along with the water board’s (DEYAZ) crew was in Laganas yesterday investigating.

“We received calls from business owners and residents of Laganas informing us that there was a lot of flooding in certain areas.  Mainly the ditches had been flooded and within their premises.

“We called DEYAZ to come und unblock the drains that were causing the problems. Believe it or not this is actually the first time. Take a look at what the grate is like!” After intervention of the Municipality a machine cleaned out the ditches and rivers in the area. Trucks also came to take away the rubbish that accumulated in the ditches that have not been cleaned for many years. The problem is certainly not solved, because it has accumulated within the pipeline system as well”. Mr. Varvarigos stressed It will take time to unclog the drainage system and ditches of rubbish, while he noted that it is up to the citizens themselves to take interest for the good of the region. “People are right to complain because he sees his possessions being flooded.. At the same time some are in the wrong, because the situation with rubbish being abandoned in various places, also comes from residents of Laganas. We have to get workers from the municipality to open all the grates along the drainage system and clean out the rubbish as much as possible and then get the machinery to clean out any obstructions so that the problem can be solved. 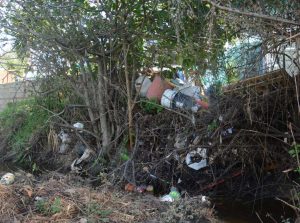 The lack of rubbish collection in recent months has greatly contributed to the problem. The deputy mayor of Laganas also added that the situation is dramatic, for many years no one has been interested in the drainage of the area. “The situation in Laganas is daunting. It is a fact that DEYAZ or any municipality service has not been called to come to clean anything in Laganas for many years. And that is not my testimony or the residents but the DEFAZ workers themselves. Something must be done immediately”. The local councilor and hotelier in the area of Laganas, Mr. Yiorgos Tsourounakis, mentioned the problem and emphasized: “The responsibilities of the municipality are great and of course I do not mean today’s deputy mayor, I cannot blame him, because he has dealt with a lot in Laganas, as did the president of the Pantokratora, Mr. Yiannis Karamalikis. They have put a lot of effort into the problems that Laganas is facing, but there are issues that have accumulated over many years and unfortunately they cannot be resolved overnight. I saw it today and I see it every day in the area. The situation is very dangerous and bad in many respects. Both the municipality and the citizens must be interested in working together. First of all we should not throw away what ever, where ever.” The situation is a matter of concern to residents of the area, with the municipality trying to clear the drainage system and ditches and correct everything that happened in previous years in order for the system to operate correctly.

For more photgraphs and the full story in Greek click on the source link https://www.imerazante.gr

Louise is Australian born and has been a Greek citizen since 1991. She has deep cultural ties with the island, often writing about Zakynthian Traditions and Culture. She is also an active member of the Volunteer Group of Zakynthos, Giostra Di Zante and is a member of the women's choir "Rodambelos". Her love of the island and all it offers saw her joining the Zakynthos (Zante) Informer admin team in 2014.
Previous Saint Andrew, Zakynthos celebrates in his honour.
Next Zakynthos Council sending goods to earthquake victims in Albania.