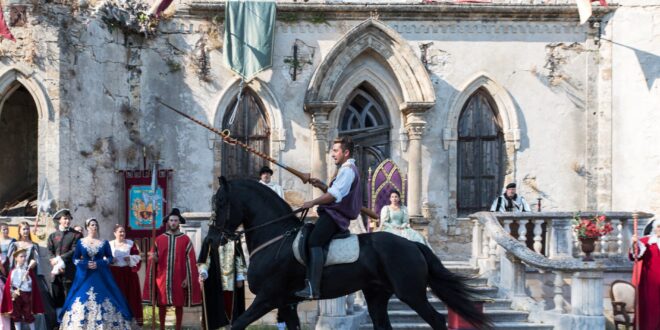 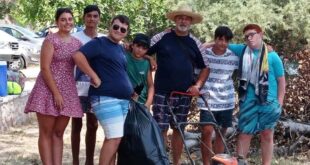 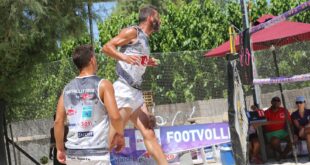 A while ago we promoted the fact that something was happening in Zakynthos,the exact day was Saturday the 12th of June, 2021. 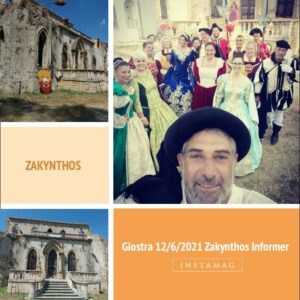 It’s usually around this time of year that Zakynthos celebrates the three day event of Giostra. An event that was one of the most popular way back in time. 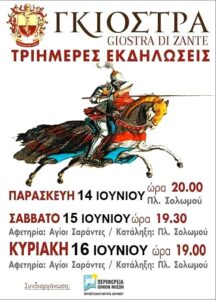 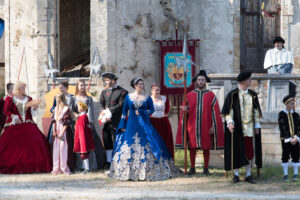 Giostra is one of the oldest events known throughout Zakynthos. A competition in which the competitors were mounted and took part for the chance to win the prize. First prize being a silver sword and a pair of silver spurs for second place. Of course at that time the event would give a chance for the knights to honour the maiden of their choice. 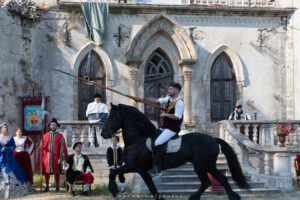 Participating in Giostra were the families of the nobles, those of whose names were registered in what was called “(Libro d’Oro). However, although the nobles took part the event was watched by crowds of people from all walks of life. It was characterized by different historians and many would travel far just to see the event. As such, the event formed a more popular style. It is not by chance therefore that Giostra has been mentioned throughout history, literature and in theatre (Erotokritos, Eugenia) including literature by (D. Roma, A. Avouris).

Giostra in Zakynthos, not only has a domestic flavour of the Ionian but also has an international character. Many other European countries take part in the parade and in the competition. Up until now Italy, with its flag bearers and their magical displays. Slovenia, with its proud Hawk trainers along with their displays with fire. San Marino with their traditional dancing exhibits, the Czech Republic displaying their traditions, all take part. The organization has also made efforts to contact other countries and cities throughout Europe in which Giostras are held, internationally and domestically. 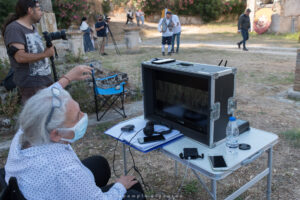 Unfortunately, due to the coronavirus pandemic the last Giostra of this century was held in 2019. However, this year the team, put on a small display of Giostra for a documentary film. Obviously, all necessary precautions were taken and self tests of all members were done on the day to ensure safety.  The aim is to have future co-operation and to enhance Giostra not only in Zakynthos but throughout, thus giving it a more European character.

Louise is Australian born and has been a Greek citizen since 1991. She has deep cultural ties with the island, often writing about Zakynthian Traditions and Culture. She is also an active member of the Volunteer Group of Zakynthos, Giostra Di Zante and is a member of the women's choir "Rodambelos". Her love of the island and all it offers saw her joining the Zakynthos (Zante) Informer admin team in 2014.
Previous Greece:- Coronavirus and vaccine update for Saturday 19th June
Next Zakynthos:- Events taking place in honour of 1821-2021 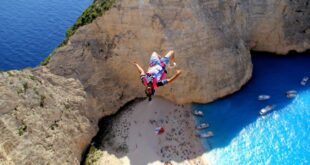